This begins and ends as a story about a family and what people will do for those they truly love!

John Asher had a young adopted son who was very sick. His son was less than a year old and developed extreme allergies and eczema. The poor young baby was absolutely miserable, he would wake up crying and scratching himself till he bled, this happened night after night. John sadly realized after following all of the conventional routes of medicine; that his son was not improving at all. As a parent, he was willing to do anything for the well being of his son and family, he started looking into alternative therapies of reflexology & herbology. He took his son to a reflexoligist named Ms. Campbell who turned out to be a sincere humanitarian. Reflexology revealed his son's kidneys were not functioning properly and the toxins were continually circulating throughout his son's body. The reflexology was the first thing to help relieve the constant itching and continual discomfort.

John's fascination grew quickly and he decided to receive training from Ms. Campbell & Eunice Ingham. He started to give treatments to people after completing this training and did this in his spare time. His spare time from a full time job and raising a family! John kept on searching for greater help for his son who was still in need. His son had developed chronic swollen tonsils and had puss that was coming out of his ears at night and nightmares. His quest led itself further into Chinese Herbalism and Chinese massage.

Which then lead into Acupuncture (ta-DA)! Acupuncture was an absolute revelation to John, which ended up changing his entire life and his families. After a course of Acupuncture treatments, his son's chronic health troubles started to greatly improve. His son was able to live pain and allergy free. He was able to grow up as a normal child which was all John ever wanted. This life changing event increased John's conviction in Acupuncture and Chinese Medicine immensely. On top of that John had gotten rid of his own migraine headaches from treating himself with Acupuncture.

John studied diligently and was thirsting for knowledge and continues to be this way to this day; an avid student of life! He studied Acupuncture in Taiwan, Oregon, California & British Columbia. Fifty One years later he is still doing it along side his step daughter Christina; where she has continued to follow the same line of healing and shares the love and pursuit of knowledge he has. Christina and John share a lot, including a bad sense of humor! Interesting enough they were born on the same day, in the same month, in the same hospital, and birth times were a half an hour apart. Now they are both practicing acupuncture and choosing to help others to contribute to the greater good of all humanity. As it turns out, they both just love it! 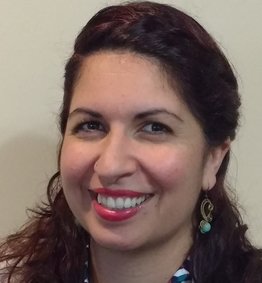 Christina decided to get into Acupuncture at the same age as John had. Prior to this she was a hotelier in Sedona, Arizona, USA.   The corporate gig never was the ultimate fit for her. Although doing well it simply did not seem like it was what she was meant to do. She ended up managing hotels through the financial recession in Arizona. Through this experience she felt the corporate culture was very cold and saw how they treated people as highly dispensable and this did not sit well with her.

A change in paths called her in another direction to empower and uplift people. As she searched for a more fulfilling horizon,  she ended up finding it and wholeheartedly decided upon Acupuncture. She wanted to help others and do something she truly loved.  At this point she did a complete 360 in life and moved back to Canada to attend the "School of Dad" and her formal training simultaneously.

Christina has always thrived upon challenges and practicing alternative medicine is the one challenge that will keep her a happy keener for life! Albeit it was in her background and environment since birth. In some ways she was learning through osmosis. This is to learn in a natural, organic and indirect way, learning through immersion and exposure. As John rubbed her feet when she was sick using his reflexology and acupressure technique. It seemed like John could take away any pain in her body.  As she was growing up as a child she did not understand that not everyone's dad could not do this! She first received Acupuncture as a child after a whiplash condition had developed. The whiplash had affected her breathing. It happened after riding a roller coaster ride called the Big Gulp at the PNE. Acupuncture quickly resolved the whip lash issues she had.

After leaving Arizona, she moved back to British Columbia and received her formal training at the International College of Chinese Medicine in Vancouver and now practices at her family clinic.

Christina has an intense unquenchable thirst for learning about the human body, mind and spirit within system of acupuncture and alternative health. Turns out that by studying this, it was the only drink that could remedy this thirst! John never foresaw that Christina would approach him to learn Acupuncture and was quite taken by the idea, once he came around to accepting it. However life is beautifully unpredictable and he is a very proud father and mentor.